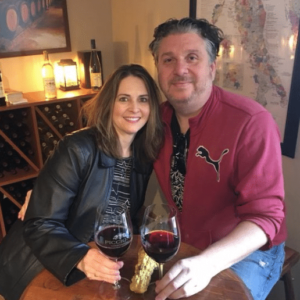 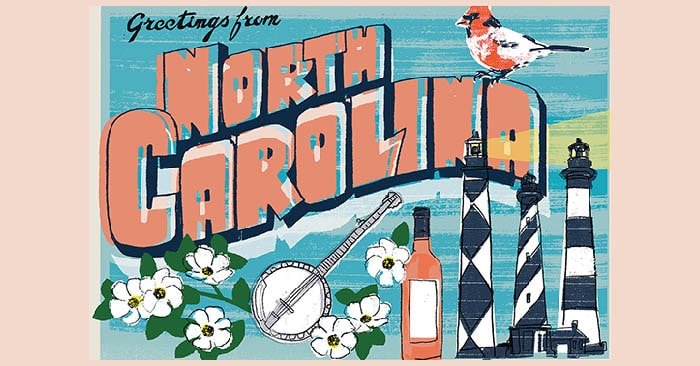 North Carolina’s climate is exemplary for both vinifera and hybrid varietals such as Cabernet Franc, Chambourcin, Petit Manseng, Traminette, and more famous names Chardonnay and Merlot. These styles all make for some of the best wine tastings in North Carolina.

The wine industry continues to thrive, attracting millions of tourists every year. According to the National Association of American Wineries, North Carolina wines rank eighth in the top 10 wine-producing states in 2018. And the wineries in North Carolina continue to soar. In 2020, the state had seven new wineries open between its mountains to the coastline.

Looking for the best wine tasting near me is as easy as searching the web and looking into the state’s six different American Viticultural Areas, or AVAs.

The Yadkin Valley AVA is by far the state’s largest and oldest AVA which features roughly 40-plus wineries in its confides. This AVA, established in 2003, encompasses over 1.4 million acres of land across seven counties in North Carolina. A bulk of those wineries lie within Surry, Wilkes and Yadkin counties.

Some of the wineries in the AVA include Childress Vineyards, owned by NASCAR alum Richard Childress; Shelton Vineyards, one of the state’s most prominent family-owned estate wineries; and the Chianti of the Carolina’s, Raffaldini Vineyards.

Overlying a small part of the Yadkin Valley AVA, you’ll find the Swan Creek AVA. In this area, you’ll find a total of 8 wineries which include Laurel Gray Vineyards and Piccione Vineyards, and stretches out to Wilkesboro with the addition of Stardust Cellars.

With a slightly cooler climate than some of the other wineries in central North Carolina, the Swan Creek AVA produces many great dry vinifera wines in its saprolite soil.

Between Greensboro and Chapel Hill, you’ll find the Haw River Valley AVA. This AVA is home to four wineries and one meadery. Established in the Spring of 2009, the Haw River Valley is roughly 868 square miles and occupies six counties, including Orange County. The elevation in this AVA ranges from 350 to 800 feet above sea level.

In the western outskirts of North Carolina, the Upper Hiwaassee Highlands was established as an AVA back in August of 2014. This AVA is one of two in the state that shares its border with an adjacent state. The AVA flows down into Georgia, where it is part of Bethelem, Blairsville, and Hiawassee. But here in North Carolina, in the serene mountains, you’ll find  Nottely River Valley Vineyards and Valley River Vineyards.

Head up north and you’ll find the other North Carolina AVA which shares a border with two states – Virginia and Tennessee. The Appalachian High Country was officially put forth as an AVA in 2016, and here in North Carolina, it is currently home to four wineries in western Carolina. Due to the cooler climate, you’ll find a mixture of hybrid and vinifera grapes growing in this AVA that ranges from Sevyal Blanc and Vidal Blanc to Riesling and small amounts of Pinot Noir.

The last and most recent area to become an official AVA is The Crest of the Blue Ridge, which became official in 2019. This AVA is home to a total of 6 wineries, which range from the scenic views of Point Lookout Vineyards, which also produces mead under the name World’s Edge, to the award-winning wines of Burntshirt Vineyards. The Crest encompasses the entire town of Hendersonville, which has become a great tourist attraction if you’re looking for someplace other than Asheville.

Wine tasting in North Carolina is so special because of their very prominent wineries.

Shelton Vineyards is one of North Carolina’s largest wineries, producing around 50,000 cases in 2019. Located in Dobson, its founders, Charlie and Ed Shelton bought the land just minutes away from where they grew up. In 2002 the brothers asked the Bureau of Alcohol, Tobacco, Firearms, and Explosives to name the region of the Yadkin Valley as an American Viticultural Area, which was approved in 2003. Today, Shelton Vineyards offers many award-winning wines, seasonal events, fine dining at The Harvest Grill, and owns and manages a five-story Hampton Inn, which opened in April 2007.

Visit Shelton Vineyards, and one might want to pick up its 20th Anniversary Bordeaux-style red blend. This wine and one other would slip right into your handy Meori wine tote.

Take a drive along the scenic North Carolina Outer Banks, and you’ll probably make a pitstop at Sanctuary Vineyards in Jarvisburg. There you experience the wine from seven generations of farmers on their coastal Currituck country land. This seaside farming of vines contains rows of Viognier, Tannat, Tempranillo, Petit Verdot, and the classic Muscadine used to make sweet wine.

With a North and South block of vines, general manager John Wright and winemaker George Butler are proving to the Tarheel State that dry vinifera-style wines, as well as sweet muscadine, can be grown in the sandy soil along the coast.

Since opening in 2015, Piccione Vineyards in Ronda, North Carolina, has featured one of the best views in the state – and with continual success in producing exceptional Italian-style wines such as Montepulciano, Nero and Vermentino, this is a must-stop for a drink and a view.

The meori 4-bottle Wine Tote would be a perfect fit for this winery, as one shops for a selection of red, white, and rosé wines.

Whether they are official or unofficial, North Carolina has numerous wine trails to encounter some of the best wine tastings the state has to offer. You’ll find a path that features seven wineries in a 20 mile stretch in the middle of the Yadkin Valley. The Swan Creek Trail is home to Shadow Springs Vineyards, Windsor Run Cellars, Laurel Gray Vineyards, and Dobbins Creek Vineyards. But along that same stretch of land, you’ll also encounter Piccione Vineyards, as well as Midnight Magdalena and Raffaldini Vineyards and Winery.

Know as “Chianti in the Carolinas,” Raffaldini is another winery in the state devoted to growing spectacular Italian-style wines. Step inside this Italian villa and escape into little Italy as you taste wine styles such as Vermentino, Montepulciano, Sangiovese, Petit Verdot and Sagrantino.

Raffaldini is a perfect place for meori’s 6-bottle wine carrier, as you’ll want to take home as many of these wines as you can.

While not quite a trail, head outside of Winston-Salem, North Carolina, and hit up the Pilot Mountain/Mount Airy wineries. You will find several new locations such as Golden Road Vineyards, Pilot Mountain Vineyards and Serre Vineyards. All of which opened to the public in late 2020. At the base of Pilot Mountain, you’ll find the award-winning wines of JOLO Winery & Vineyards.

And just north of JOLO, less than 10 miles from the Virginia border, you’ll find Round Peak Vineyards. The winery, which also produces craft beer, is a great place to relax and a perfect location for that couple that wants their glass of wine and pint of beer.

Round Peak features many events annually, but one of its most popular events is the Skull Camp Out, which has been going on for over a decade. Guests camp out in the vineyards, listen to live music, sit around a campfire, make s’mores and eat barbecue from the winery’s restaurant. Nights like this are another perfect time to load up your meori tote or case with wine and sit around the fire telling ghost stories.

North Carolina is a unique place for wine lovers, and having a meori Wine Carrier or two in your car as we do only makes bringing North Carolina wine easier to bring home.

Which winery are you going to go to first?

Welcome to meori! Sign up and get 15% off your first order. Plus get the latest organizational tips, be the first to know about new arrivals and other exclusive offers and discounts. Playroom Storage Ideas – How To Organize A Playroom Creative ways to organize your art studio and craft room. The Best Places For Wine Tasting Near Me